This wiki is being considered for archival due to inactivity. Please comment on the community portal if you have any objections. 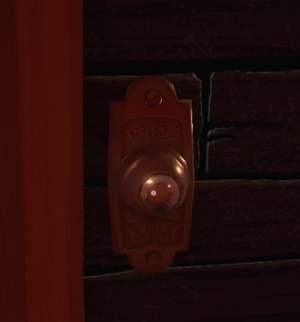 The Door Bell in Pre-Alpha, ringing would alert the Neighbor

The Doorbell was a device that appeared in the Pre-Alpha and first two Alphas of Hello Neighbor.